Kiddie Pools and a German Tourist 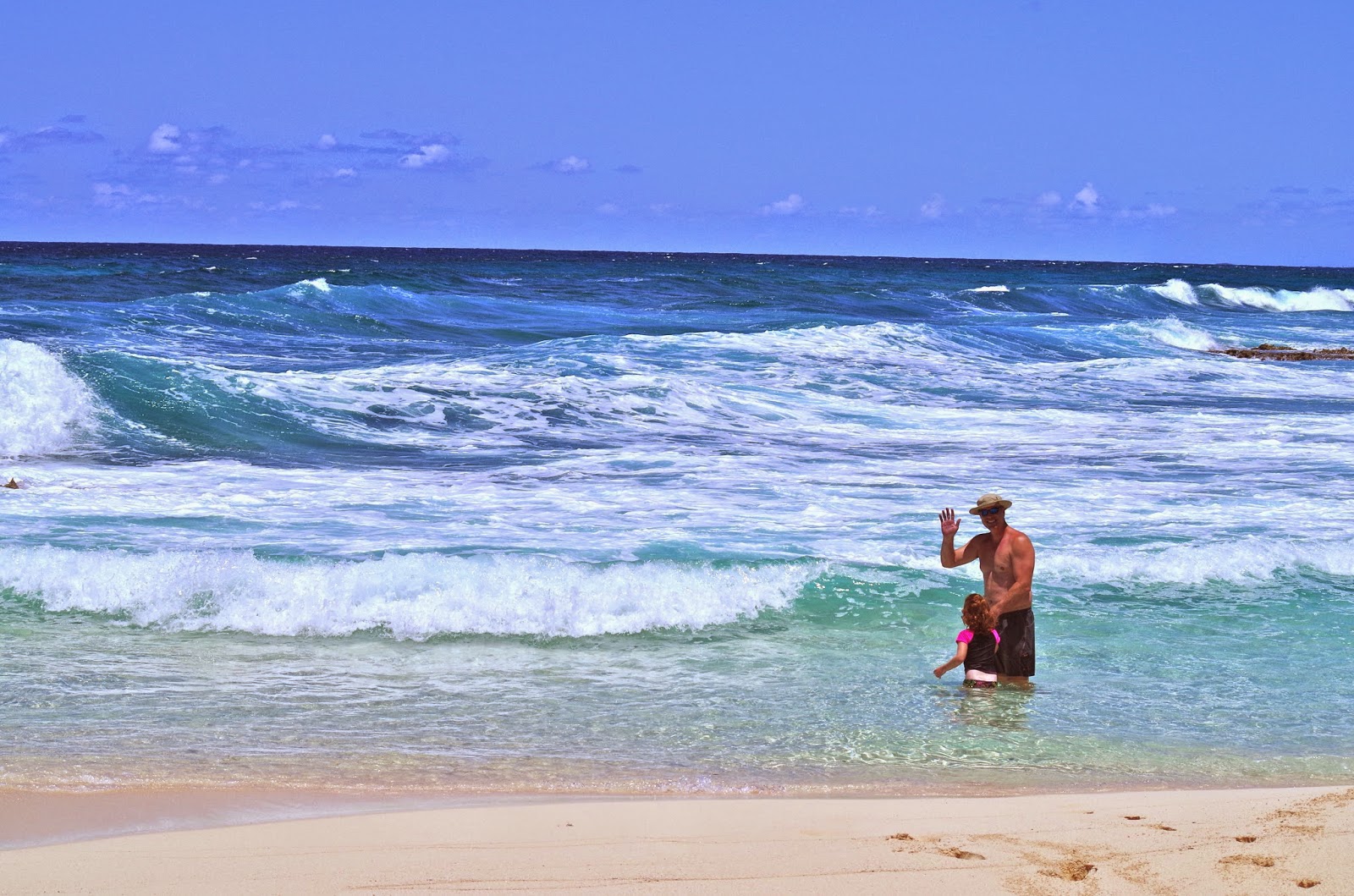 One of our favorite beaches is Surfer's Beach in Gregory Town, just a few miles down the street.  As the name implies, there are great surfing waves and surfers come from all over the world to try out these shore break waves.

As we don't surf, we have to find other ways to enjoy Surfer's Beach.

Such as the Kiddie Pools. 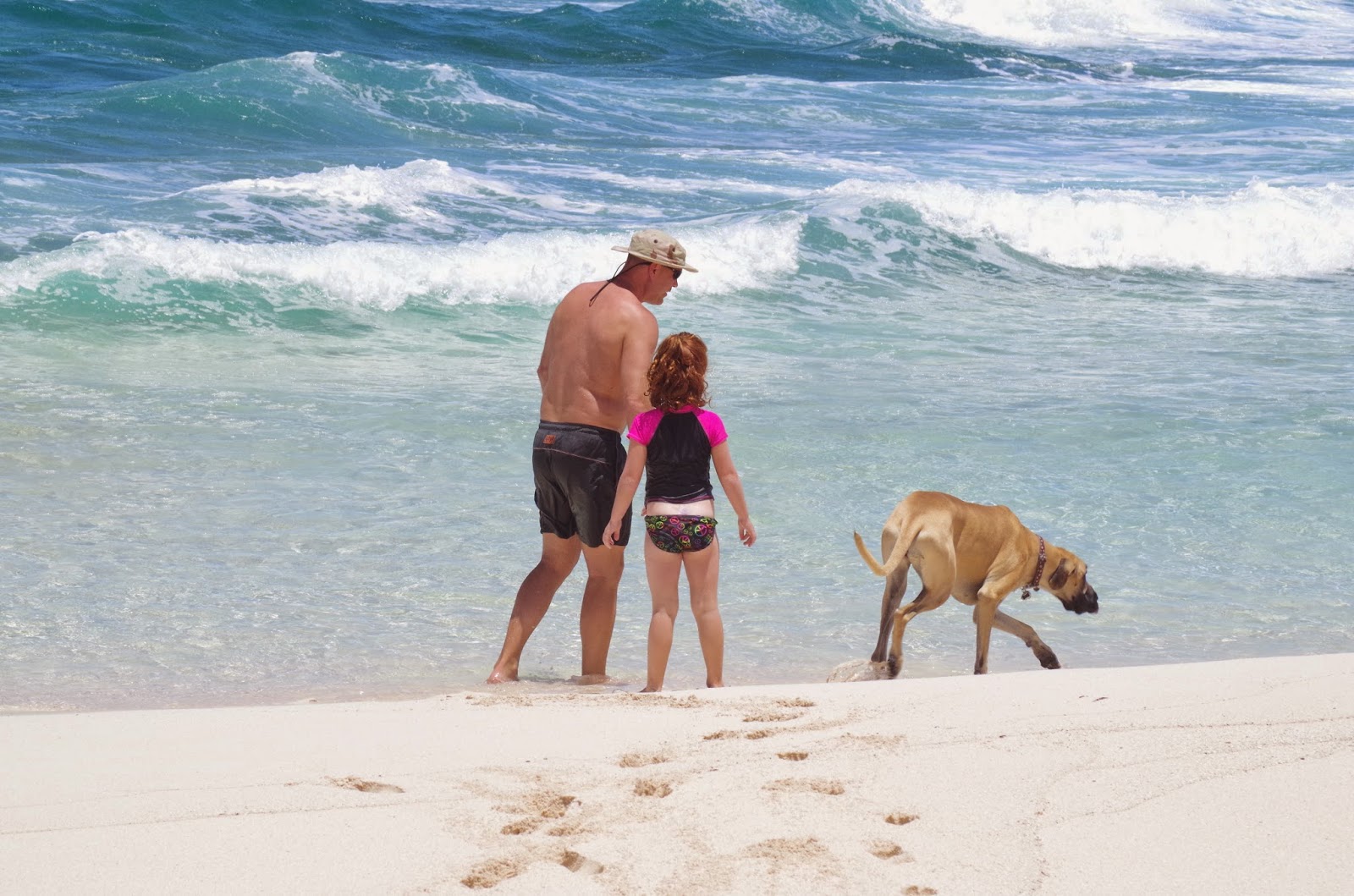 On the north end of Surfer's, there is a reef that partially blocks and turns the waves 90 degrees, so when they reach shore, the waves are a more manageable size for kids.  Thus:  Kiddie Pools.

On this trip to the Kiddie Pools, and the first big wave beach Georgia had ever seen, it was a very choppy, windy, heavy wave day.  The above photo is just as Jerry is about to grab Georgia, forcibly pulling her into the crashing waves, thereby scaring the dog so badly that she is still scared to death of even the smallest waves. 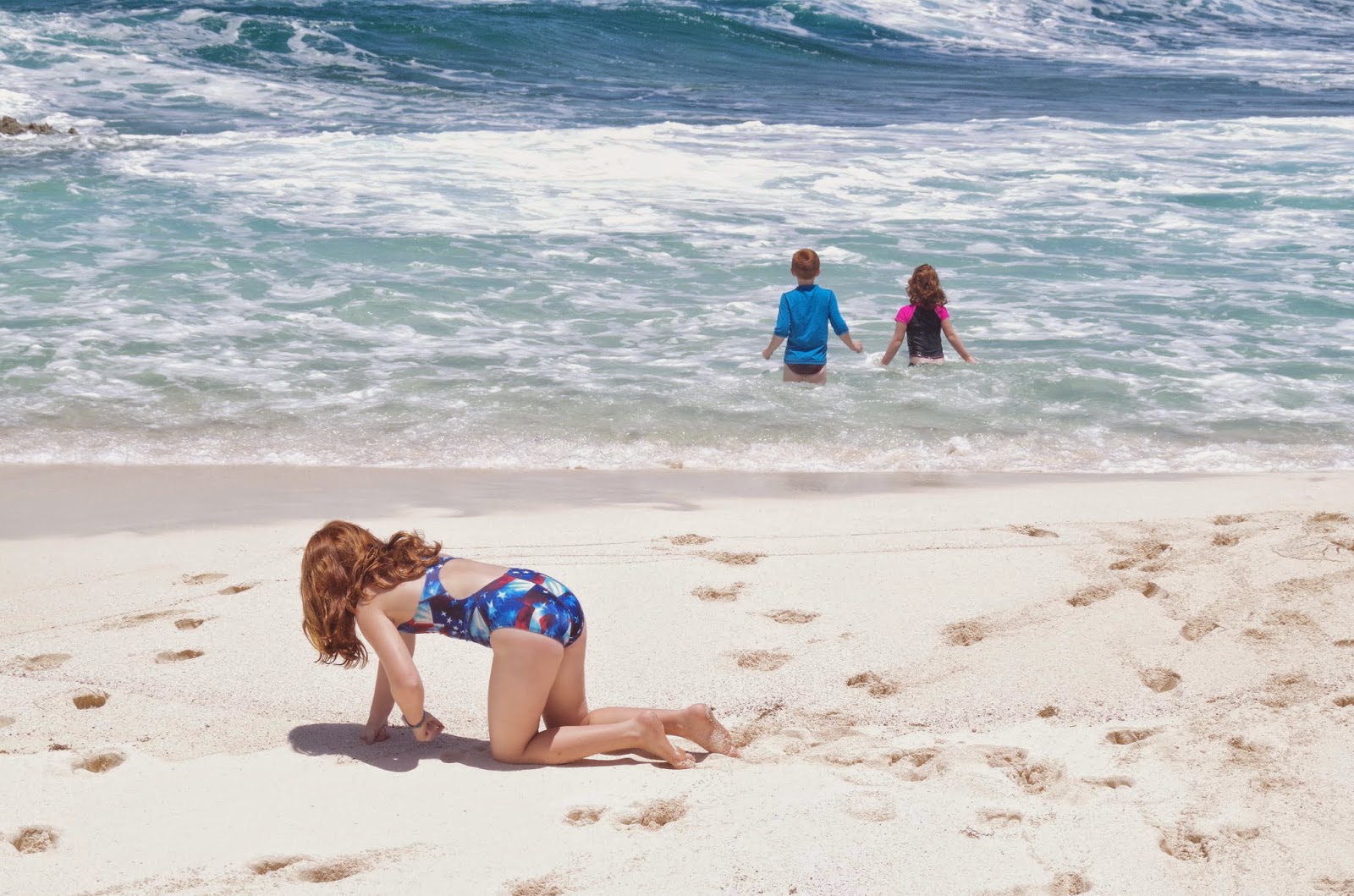 Josh and Phoebe played some in the Kiddie Pools while Jerry was torturing Georgia, and Paige scrounged around the shell-laden beach for supplies for her jewelry company, Shells for Sharks.

There is always a ton of beach treasures:  Shells, sea glass, trash, and kelp. 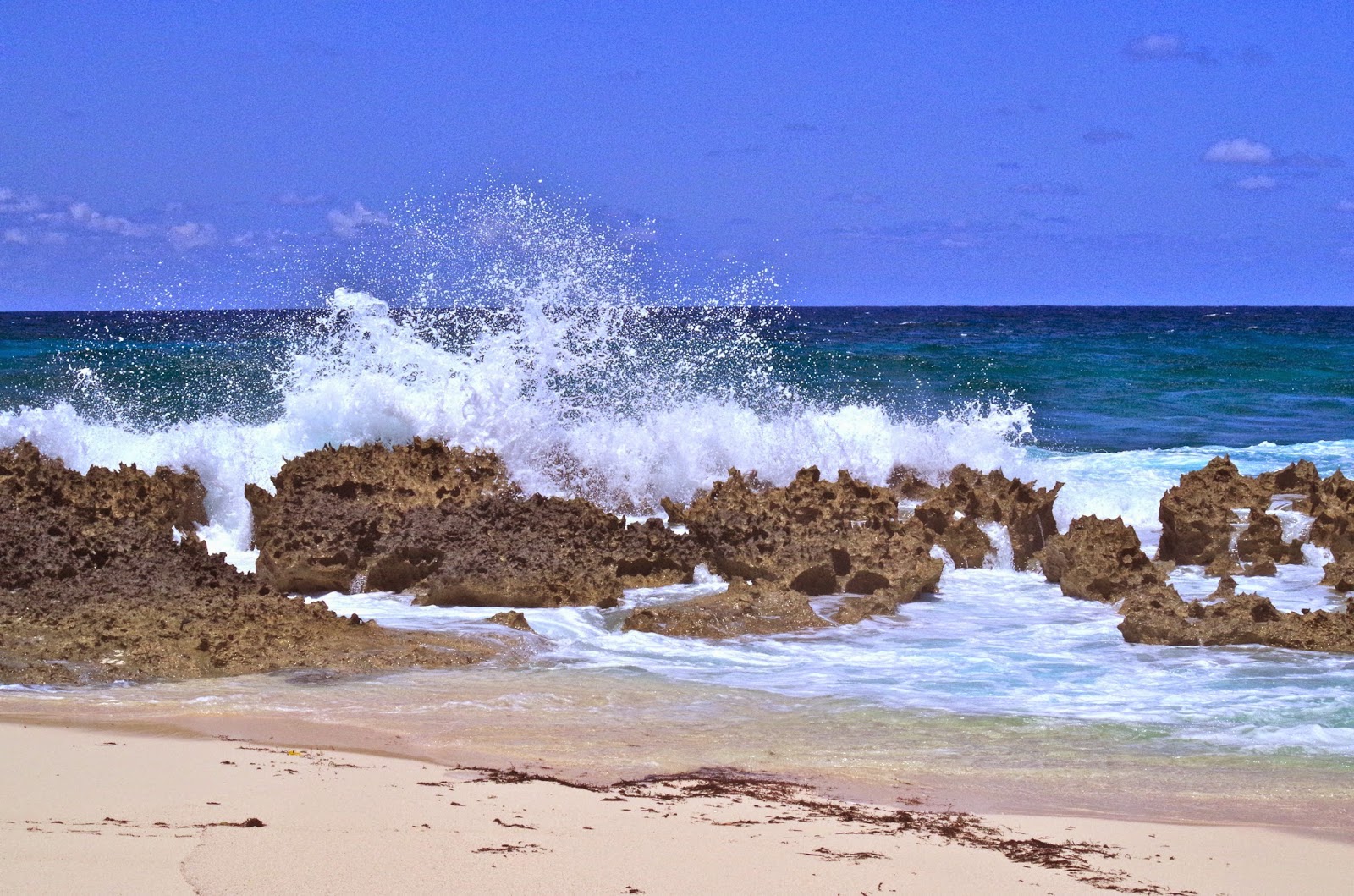 On the other side of the reef that forms the Kiddie Pools, is a fun place to watch the giant waves bash and crash onto what we call the "iron shore".  This kind of shore is sharp and as strong as iron.  Clumsy and accident-prone tourists would do well to avoid these hikes. 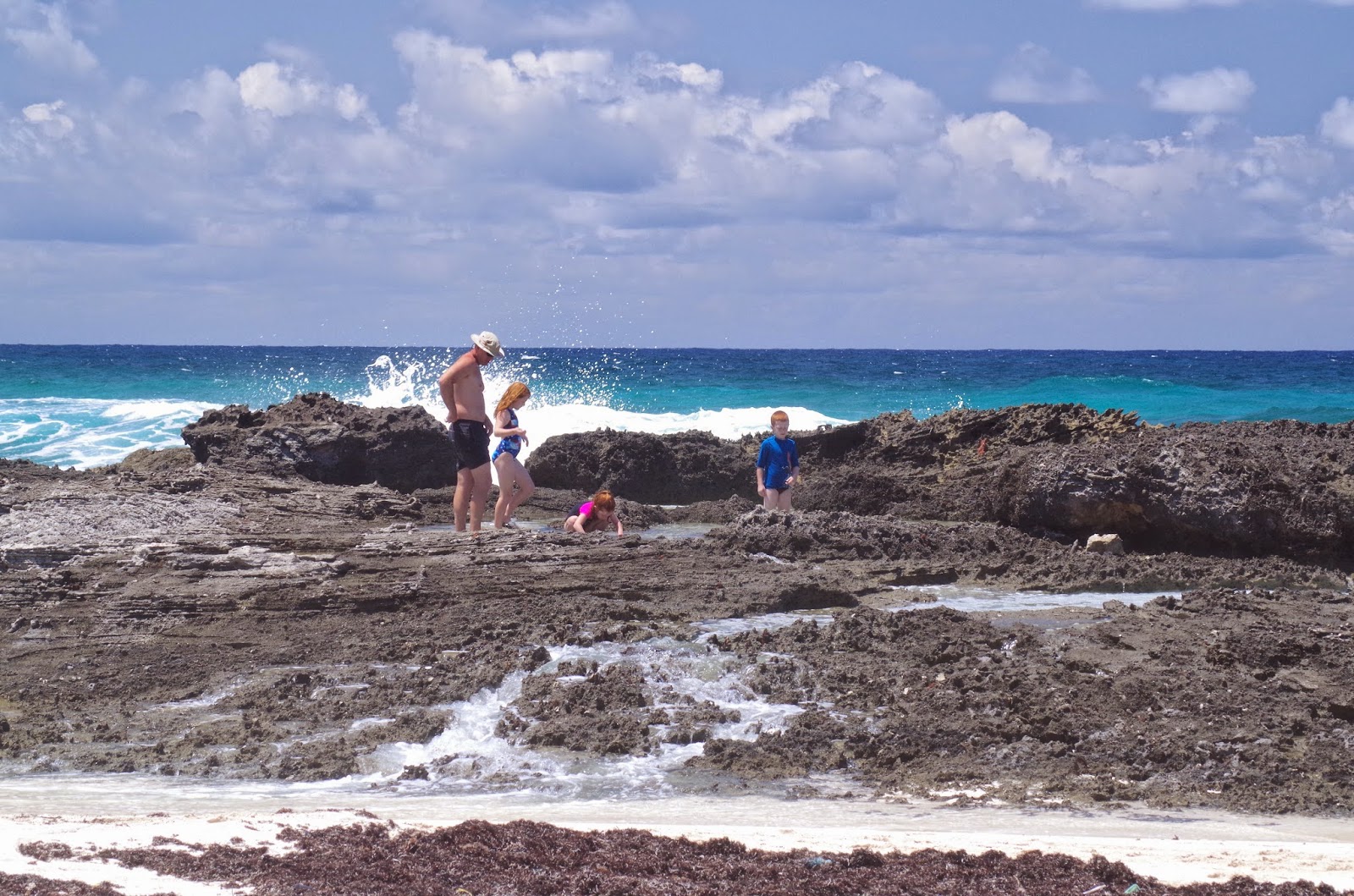 We have spent years playing on these sharp rocks.  We've spent years standing in the safe zone while giant waves crash and flow all around us.

The naked German woman who came out of nowhere to scream at Jerry for putting the children at risk obviously did not know we are careful and understanding of the ocean's power.

With all of the naked boobs flapping in the breeze, she must not have noticed that Jerry and the kids were standing in completely dry spots on the iron shore, as the waves didn't break in that area.

With all of the breezes blowing across her ample bottom, she must not have realized the tide was outgoing and so the risk of being washed away, even in a German accent, was at a minimum.

But in true German form, she was stubborn, and adamant that Jerry remove the children to a safer place.

Perhaps to the invisible nudist colony from which she materialized and should return? 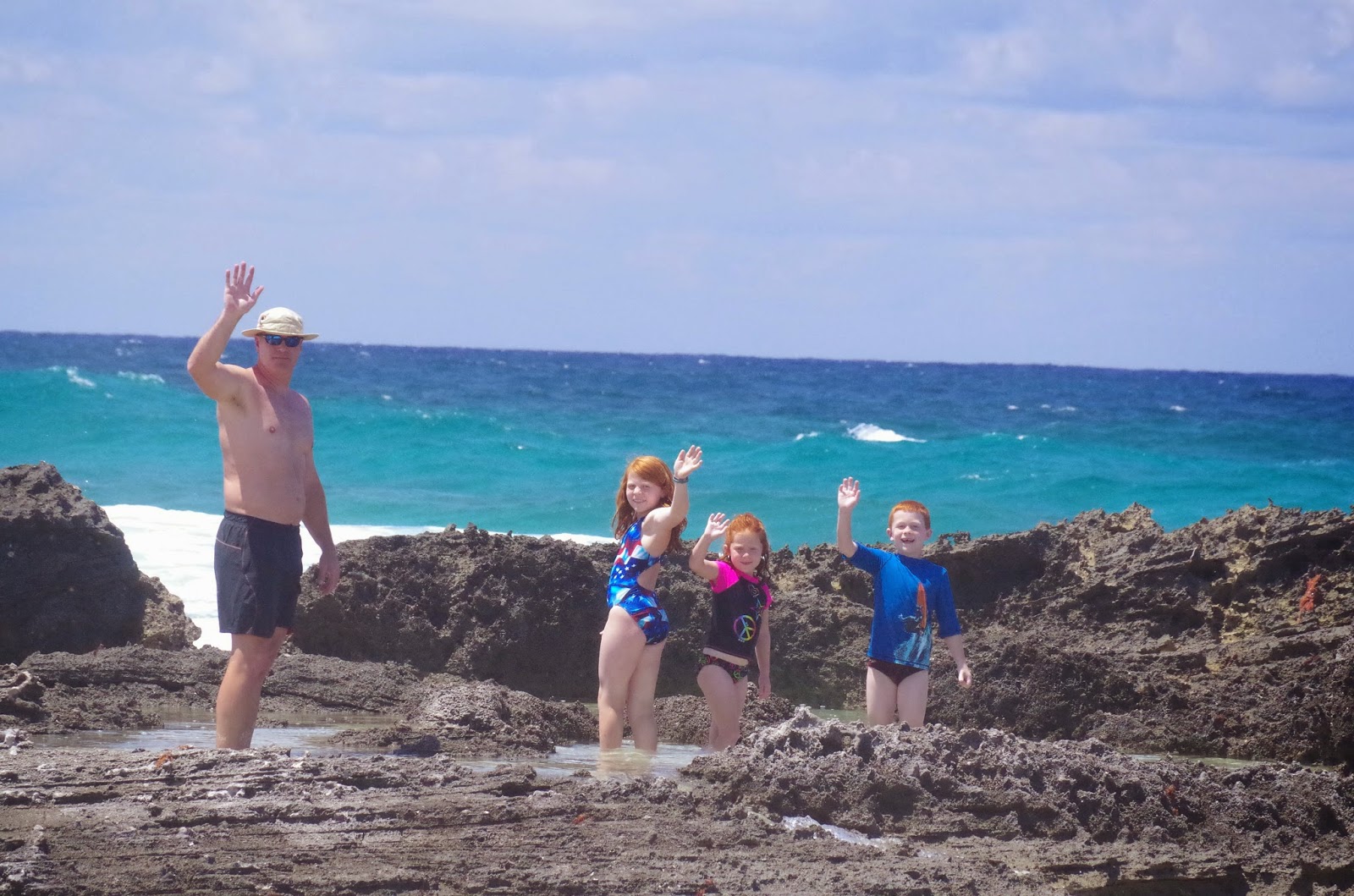 Somehow, despite the tsunamis, tidal waves, hurricanes, water spouts, and a naked German woman, Jerry and the children survived.