How NOT to Build an Oven

When we first got to the island, we stayed in one house for about seven weeks, waiting for our long term rental to become available.  Because of this temporary living arrangement, we did not unpack most of our things but left our stuff in boxes and bins, stacked 6 deep in the expansive living area.

Because we had boxes and bins stacked 6 deep in the living area, making a cluttered mess, I did not have the desire to spend oodles of time cleaning the house. Nor did we have most of our stuff out to keep us entertained on lazy days we spent in the house.

One project we attempted was to make a solar oven, using objects from around the house.  I got the instructions from Pinterest, and with our supplies we were ready to build!

(As a homeschooling family, we try to incorporate projects and group activities whenever possible.)

Paige is my crafter, project maker, artist, creator, and motivated learner.  Project?  Paige is the first in line, the boss, the know-it-all, the taker-over-er.  She gets it done while everyone else runs away and hides from her. 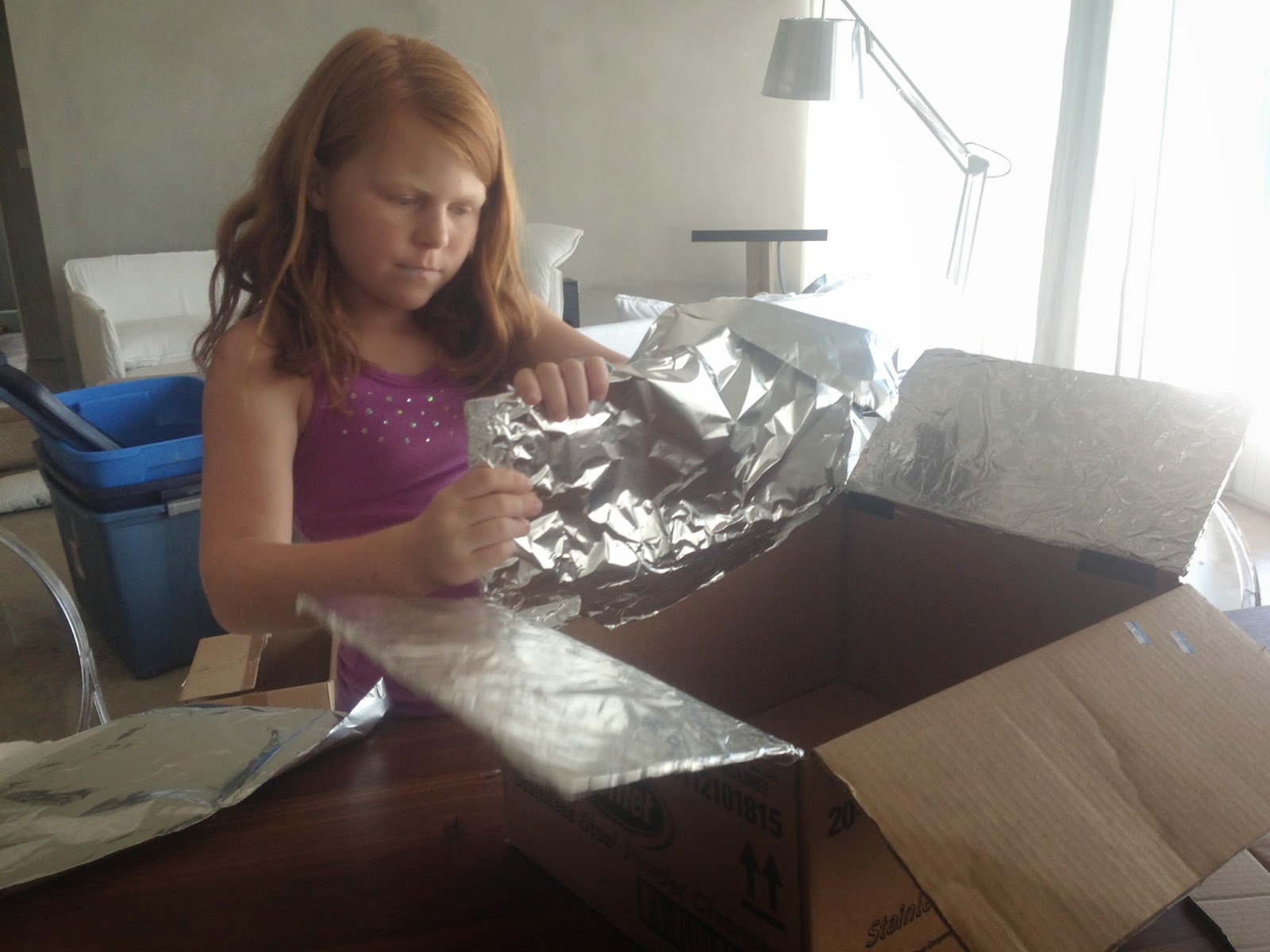 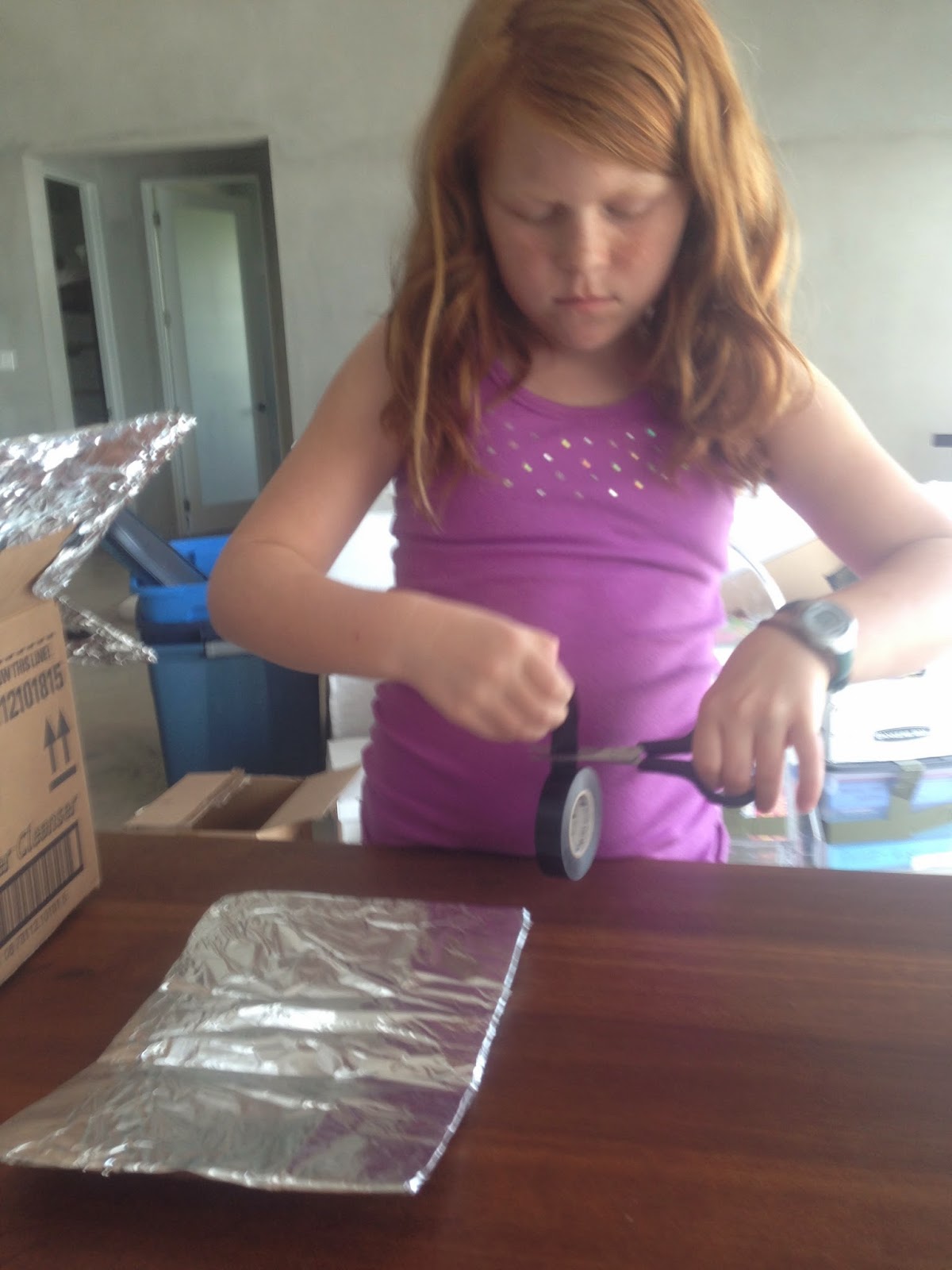 Notice the electrical tape she's using?  They'd already used all 10 rolls of invisible tape I'd brought that was supposed to last a few months.  (Months?  What was I thinking.  Days.  It lasted days.) 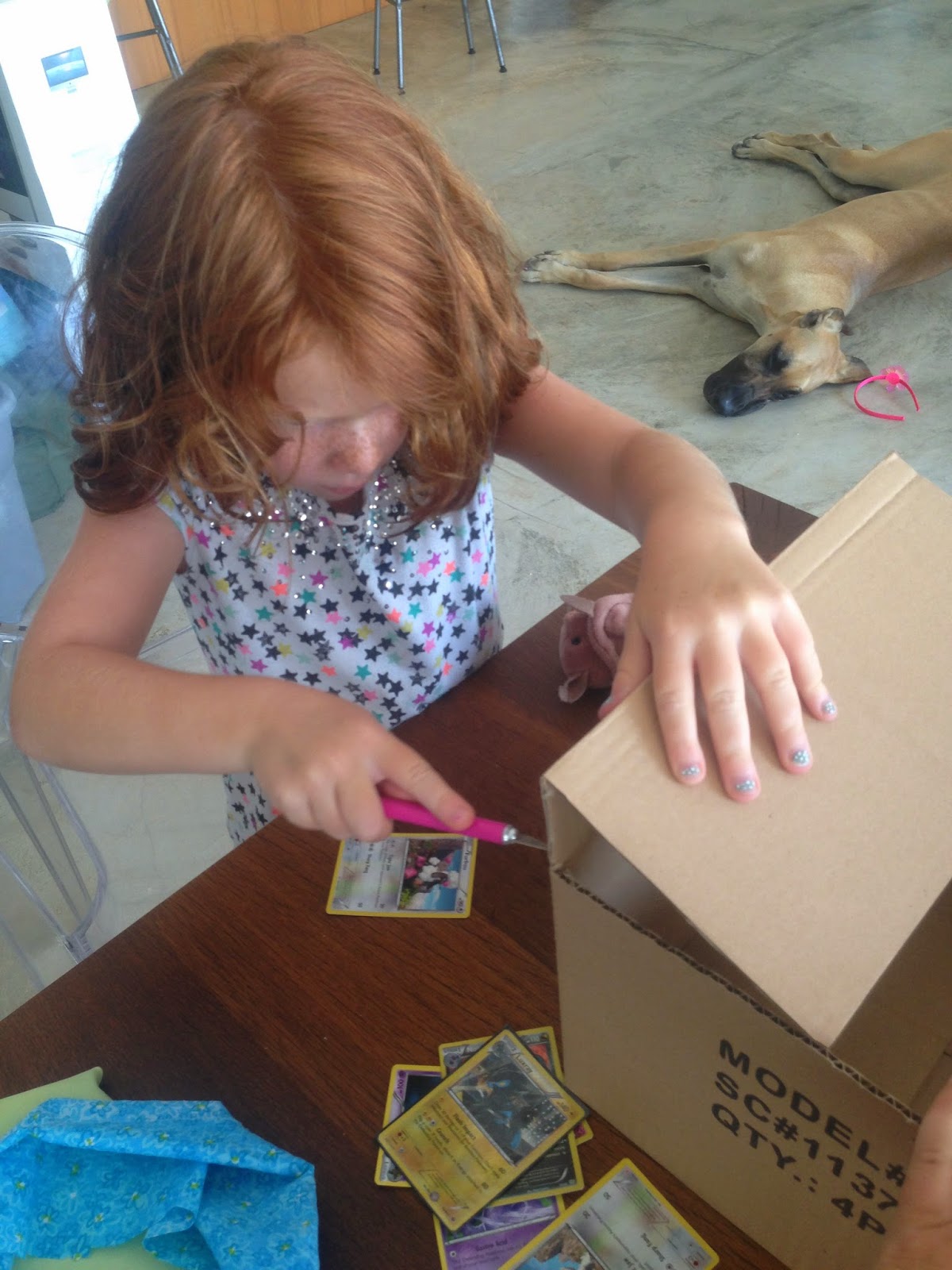 During a project Phoebe is enthusiastic, gung-ho, happy to help, excited to learn, ready to be included, and interested in participating.  For about 5 minutes.  But she really excels in those 5 minutes!

Wait.  What?  The non-yet six year old is using an Exacto knife?

She really, really wanted to use it, like big brother and sister.  But after seeing her attempt to use the knife, it took Exacto 1.764 seconds before I took away the knife and found her some tape. 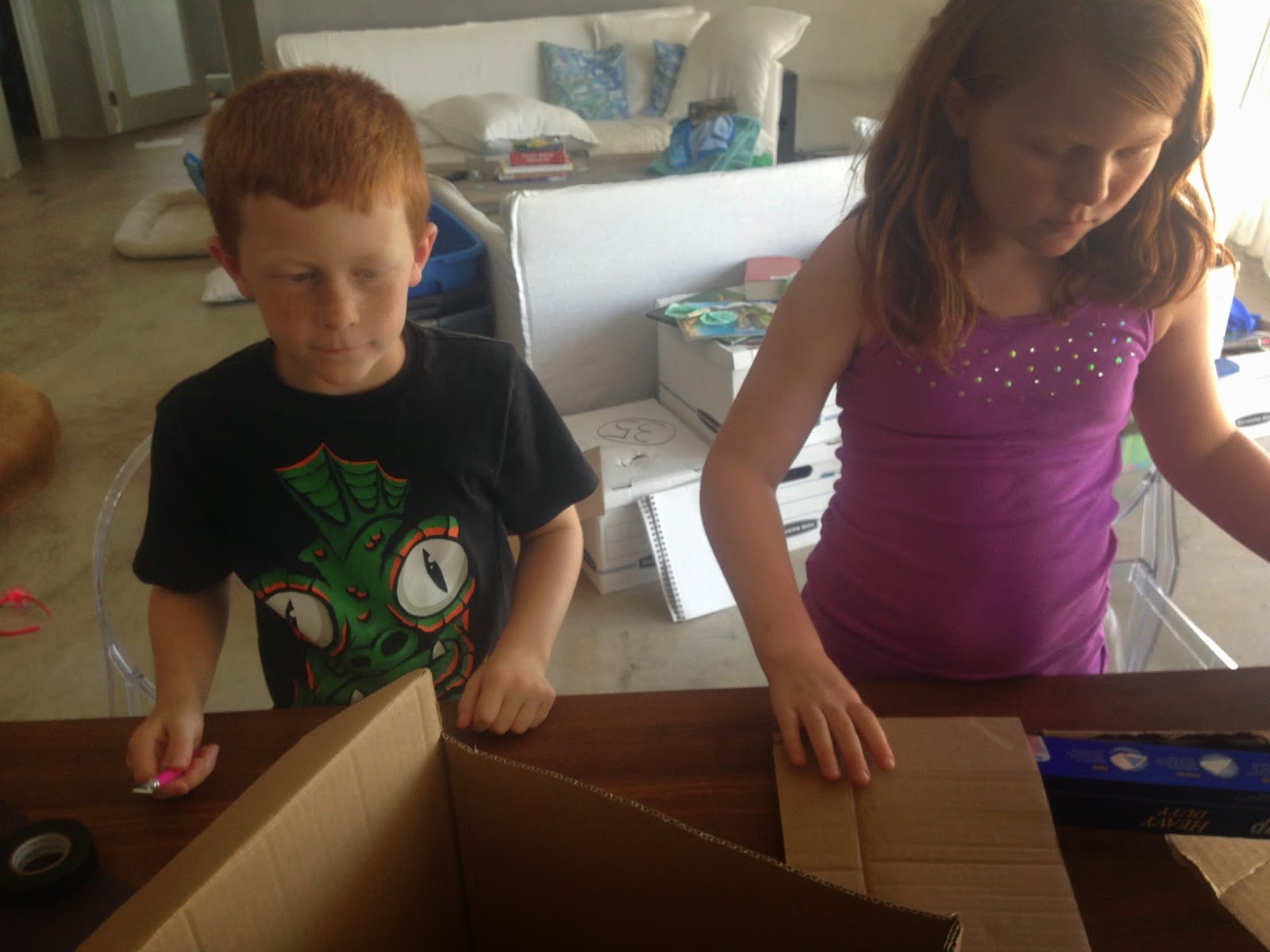 Josh.  What can I say about Josh?  1.  He is the middle child, and as such, he has an older, much more motivated older sibling who loves to take charge.  2.  He's lazy.  So if said older sibling will do the work for him, even better.  3.  He doesn't care one tiny speck about projects, school, crafting, creating things, or Pinterest.  Unless it's Legos, Minecraft, or paper airplanes, he's a zero project kind of kid.

He did hang around long enough to hear the science behind the oven and see the basic design.  He also got to use an Exacto knife which is always a big deal for him.  Guns, knives, weapons of mass destruction; those are his favorite subjects. 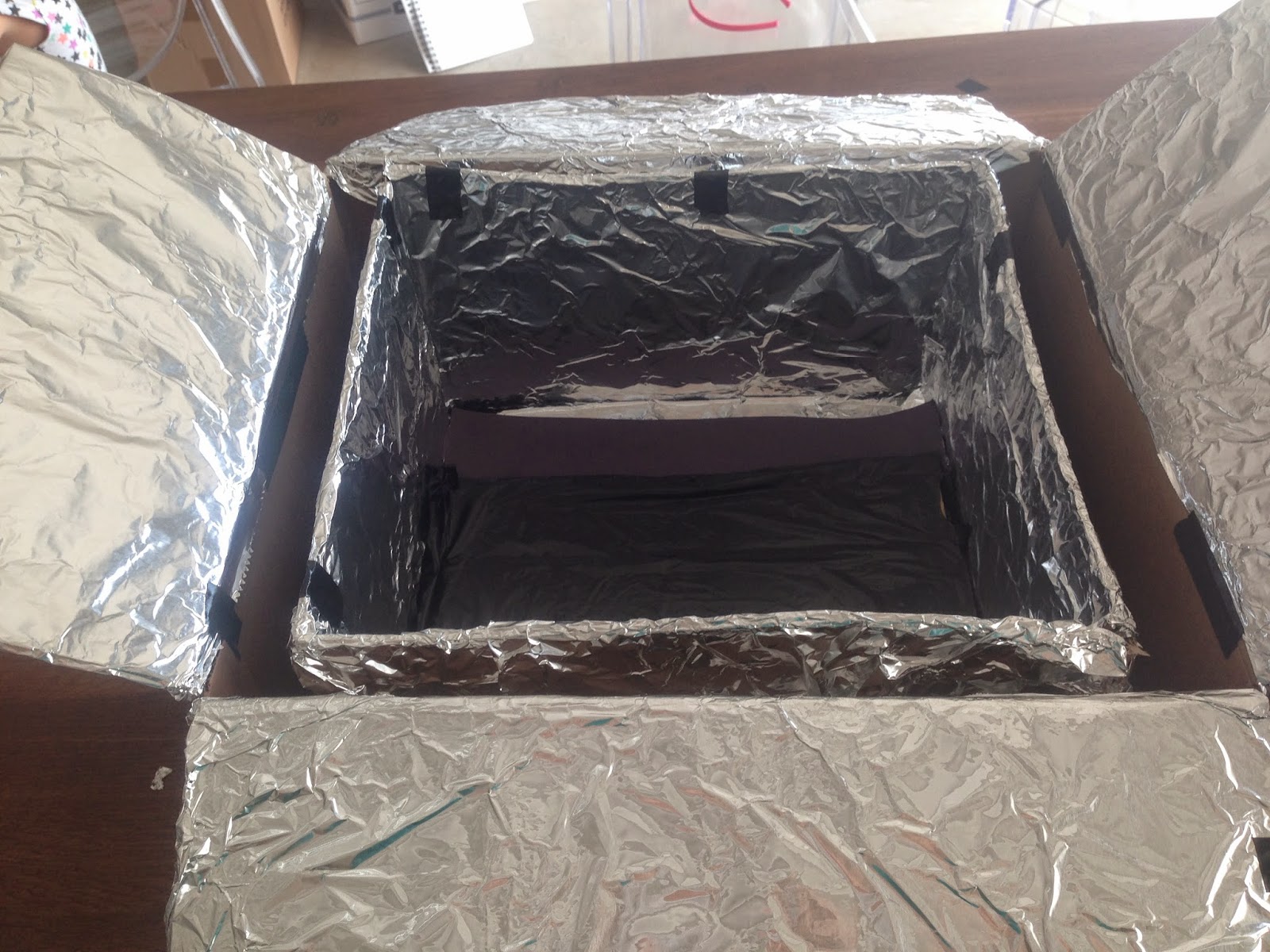 Finally, we Paige got the oven constructed.  I will not bore you with the instructions.  Boxes, Paige, tape, aluminum foil, more tape, plastic wrap, and a hot sun.  Boom.  Done. 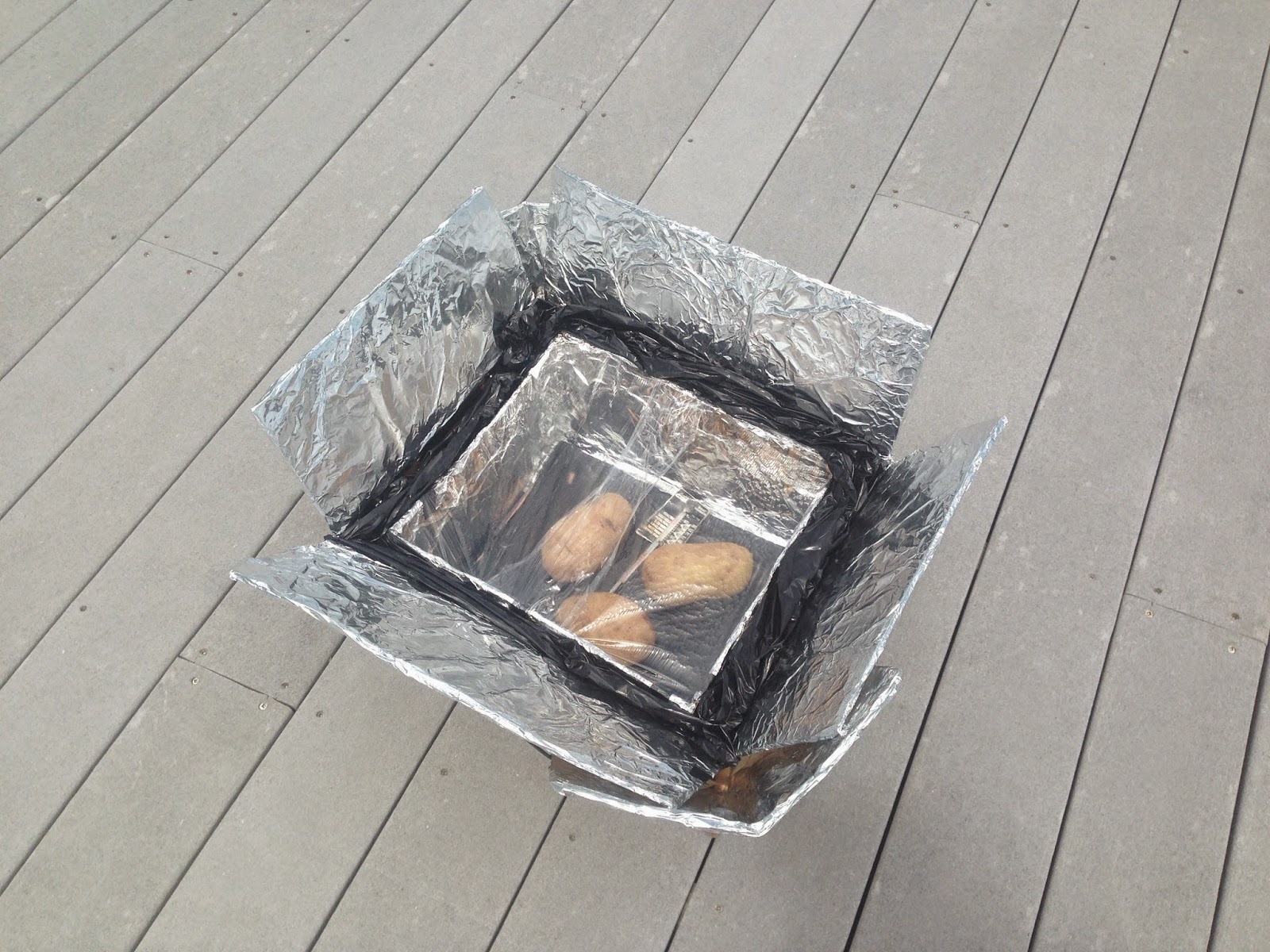 What should we cook?

"I know!!" chimes in Mom the daft and ridiculous. "How about trying out our new untested oven to cook not something easy and fast like cookies or muffins, but how about potatoes?  They only need an insanely hot oven for a very long time.  Sounds perfect!" 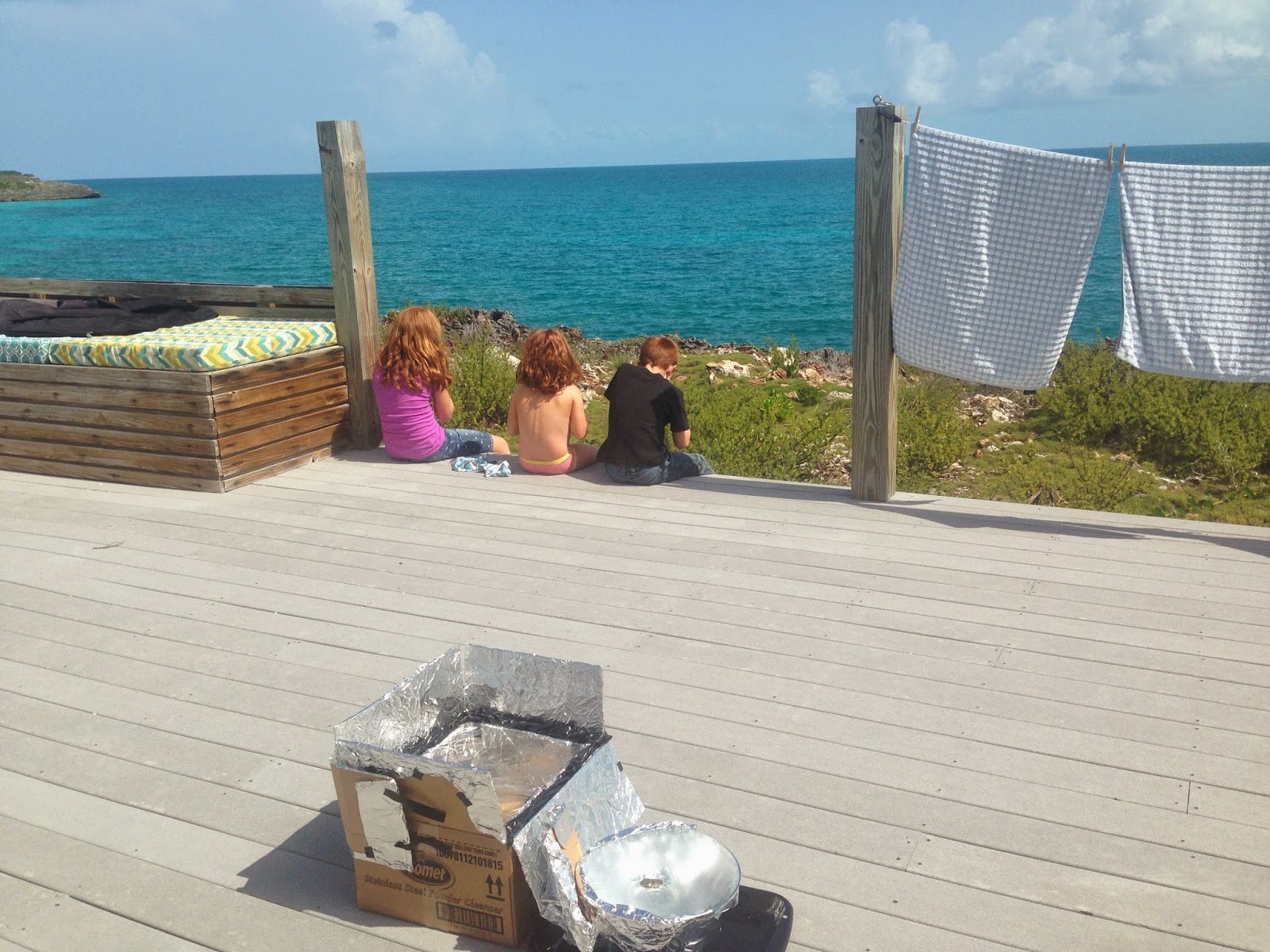 What.  A.  Dork.  The oven got up to maybe 150 degrees, and after three hours, the potatoes were not even the slightest bit cooked.  (And the solar sill we tried at the same time made exactly ZERO drops of water for drinking.)

Meanwhile, as the potatoes didn't cook and the water didn't water, the kids tackled another project..... 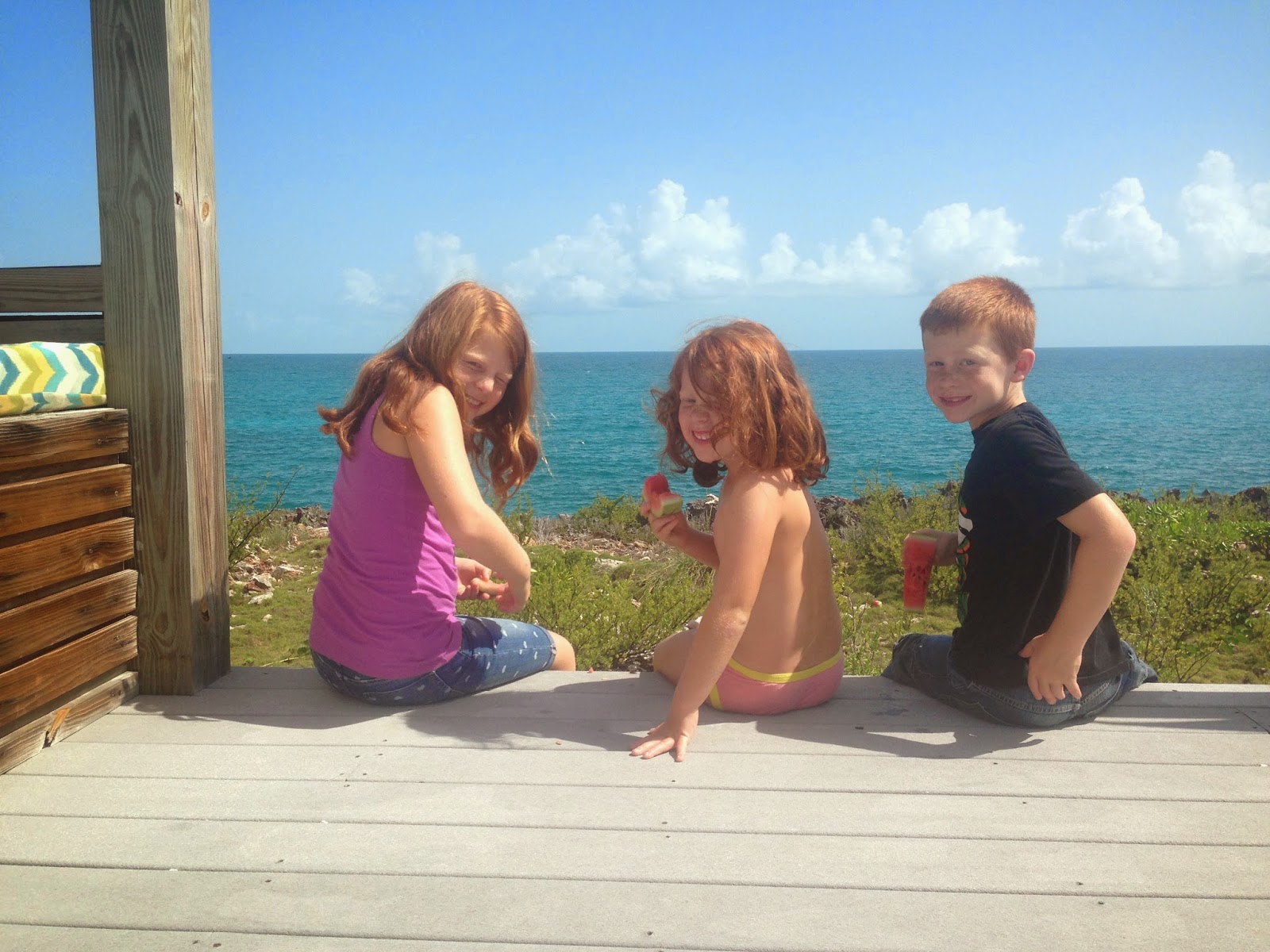 Finally, something for which we all can excel!