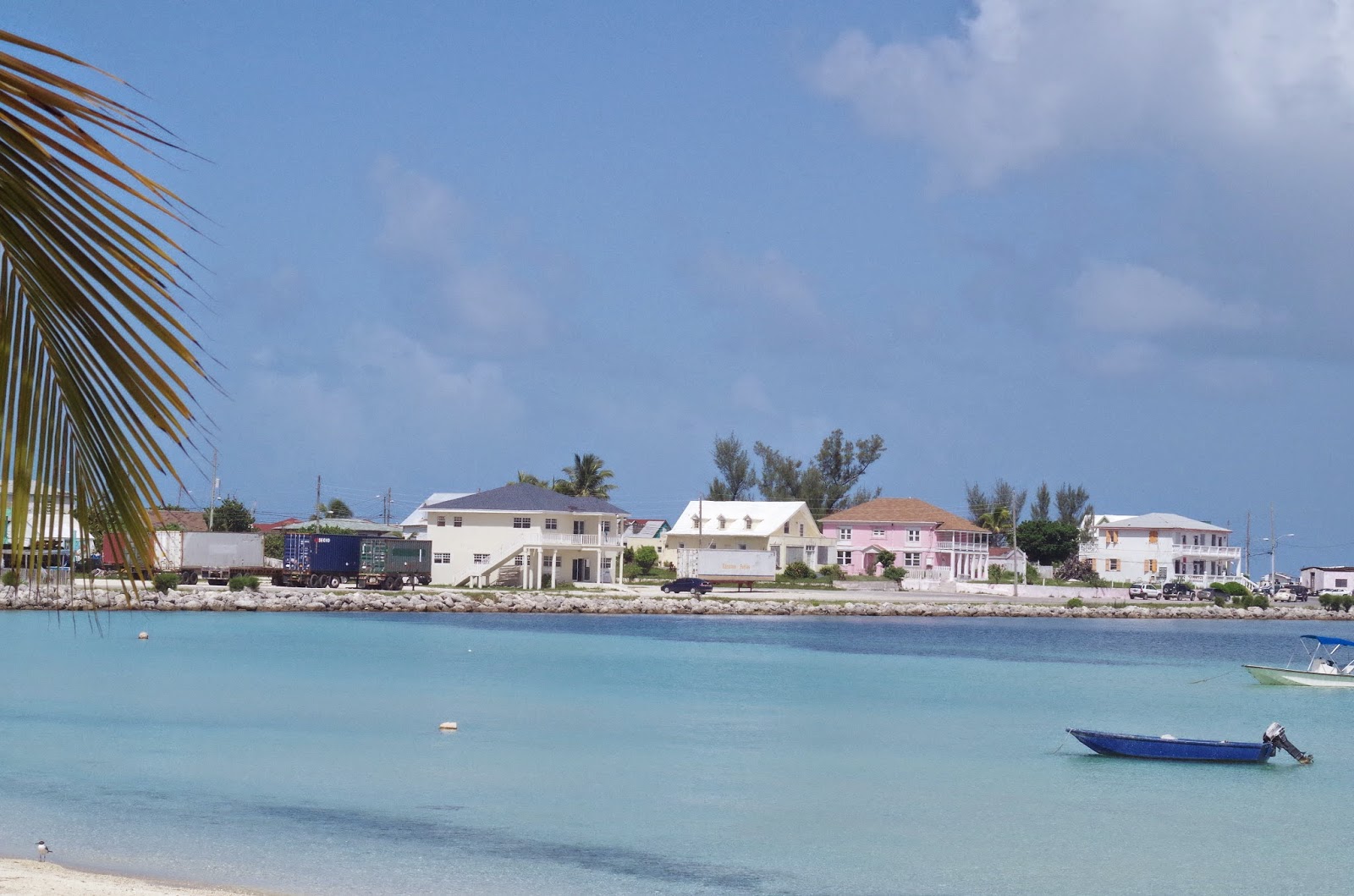 One week in July is the yearly sailing camp, held by the Eleuthera Swim and Sail Club.  The camp, and weekly sailing club, meet on the beach of Cupid's Cay, Govornor's Harbour, Eleuthera. 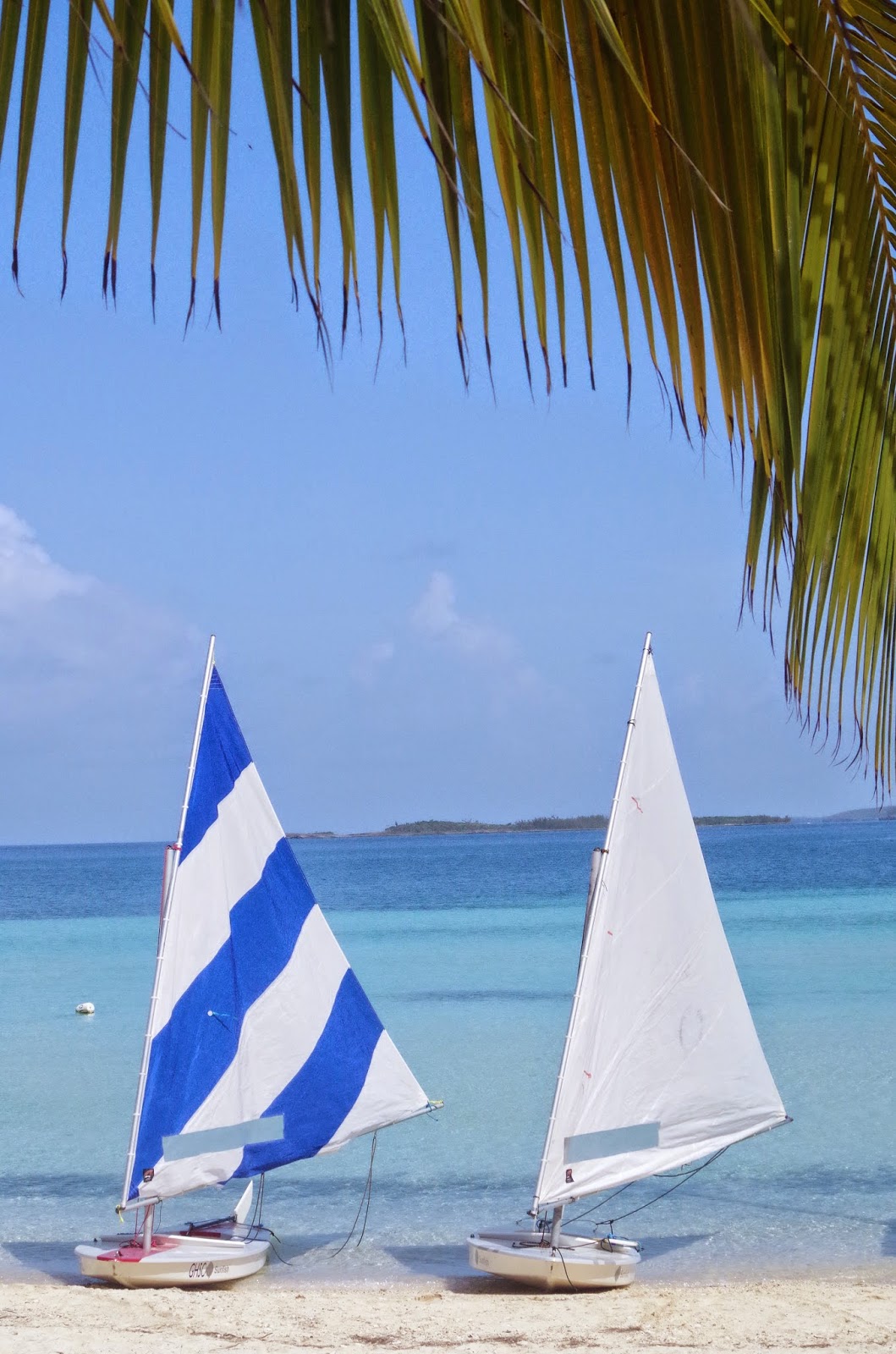 For a week, the kids get to learn about sailing, swim, paddle board, enjoy friendly competitions and races, and make new friends. There are Opti's for the younger sailors, and Sunfish for the older sailors.  The family who runs camp and club, volunteer their time and experience to make this a very fun week for the participants. 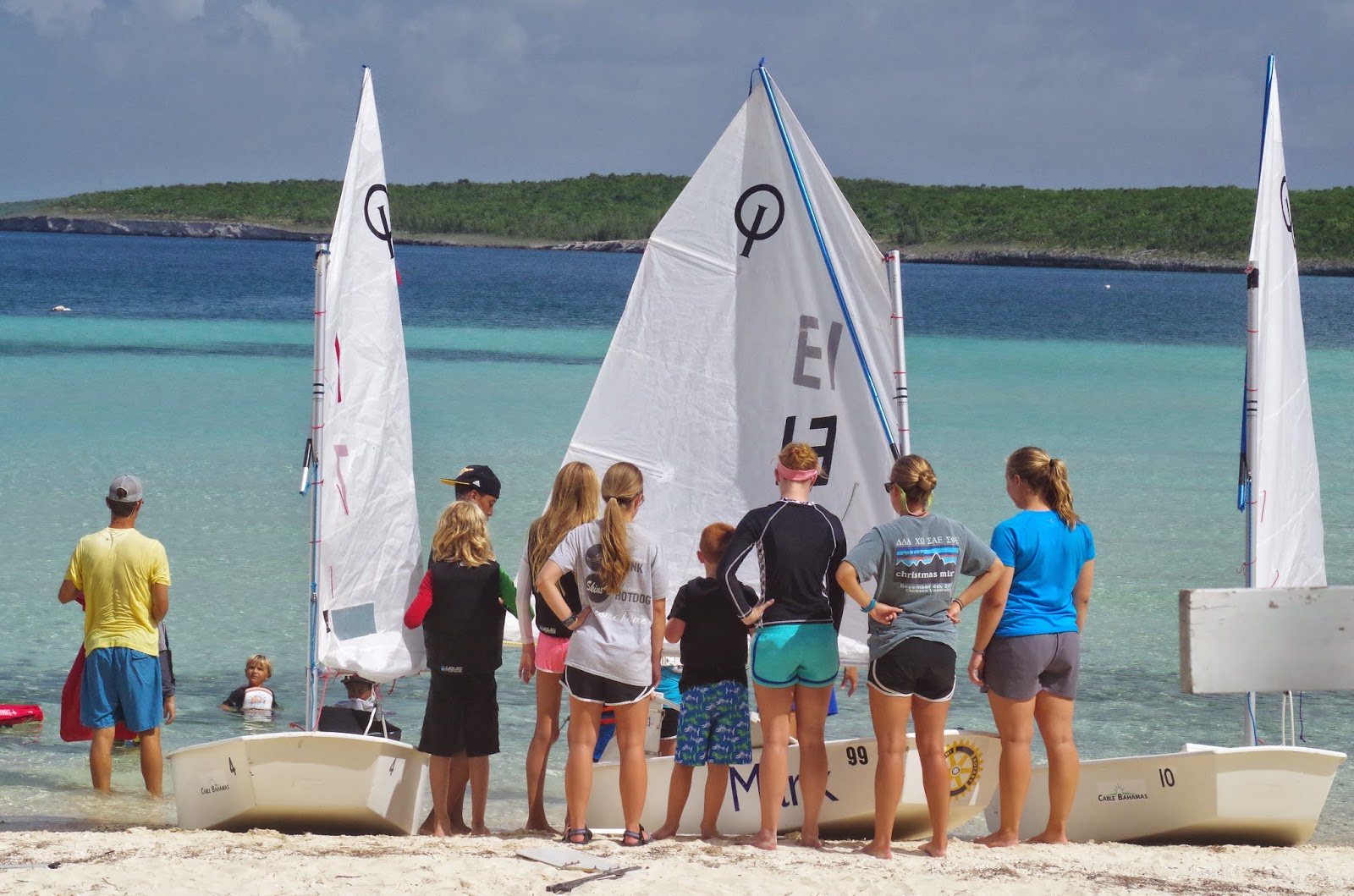 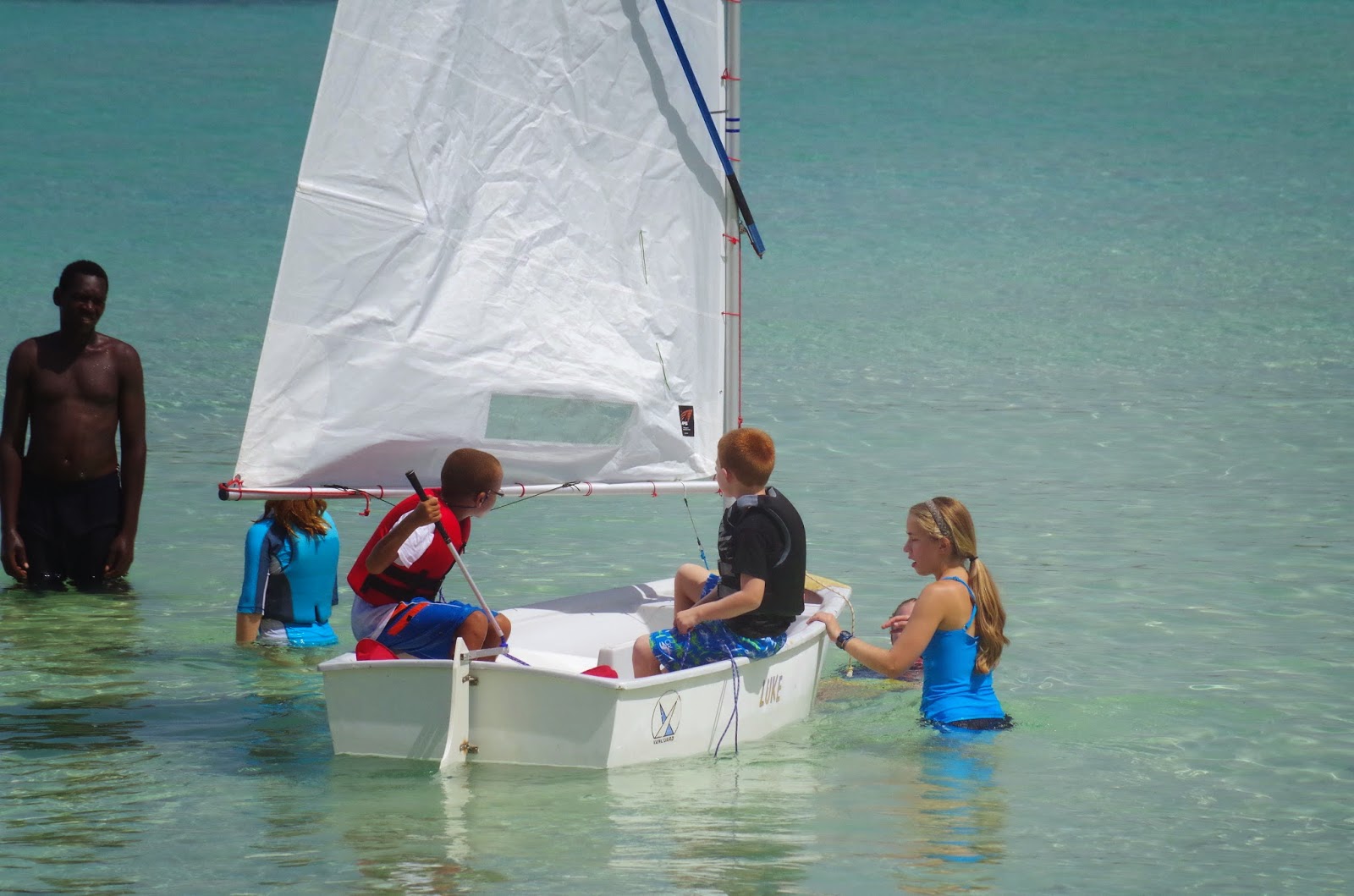 Josh and his soon to be best friend John got to sail first in one of the Opti's, carefully instructed by a volunteer sailor.  Watch out for the boom, John! 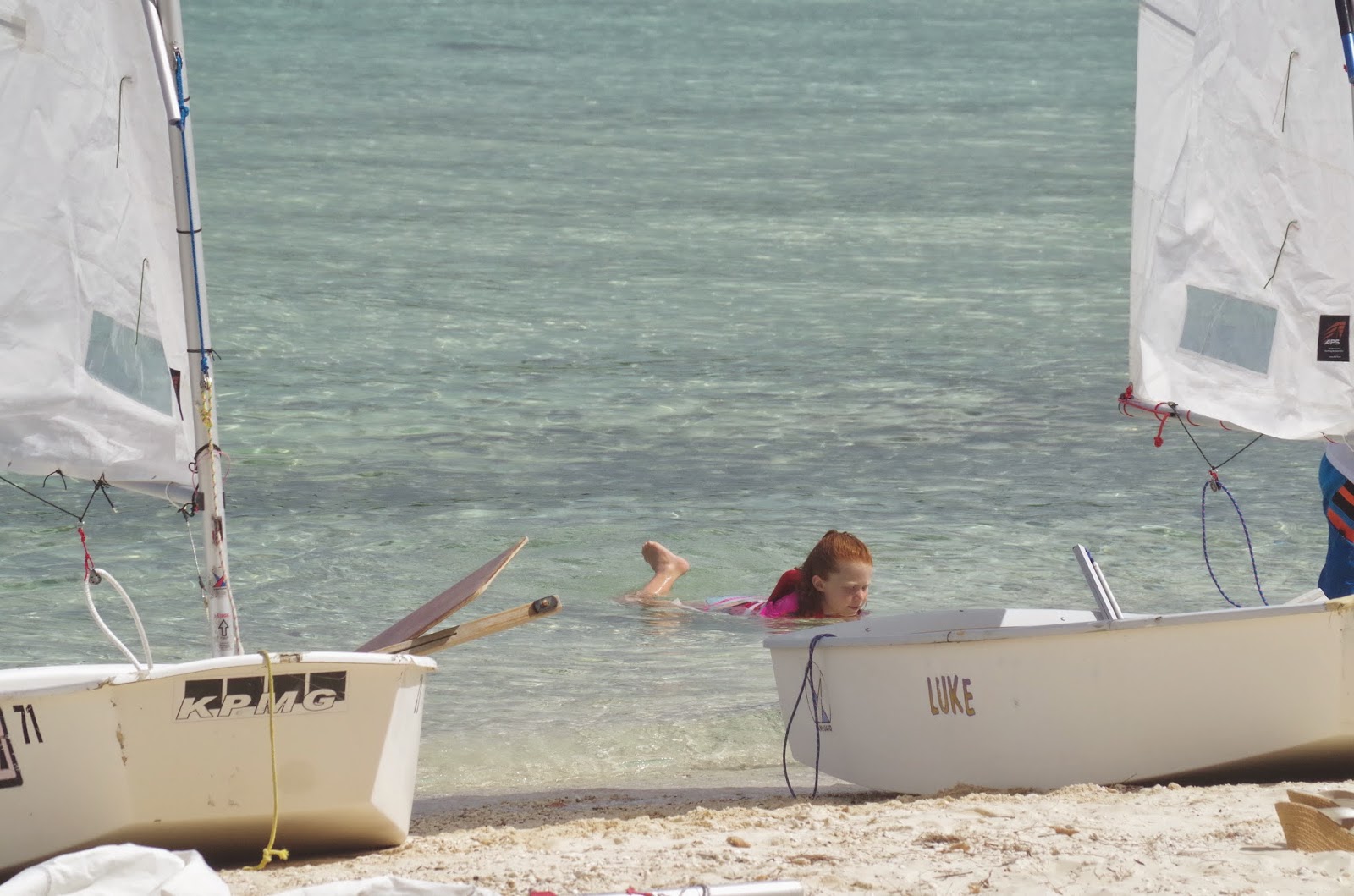 While the kids waited their turn with a sailboat, they could swim, take out one of the paddleboards, and hang out with friends.  Any time anyone was in the water, they had to wear a life jacket, no matter their swimming skill.

Phoebe, wanna go out on the boat? 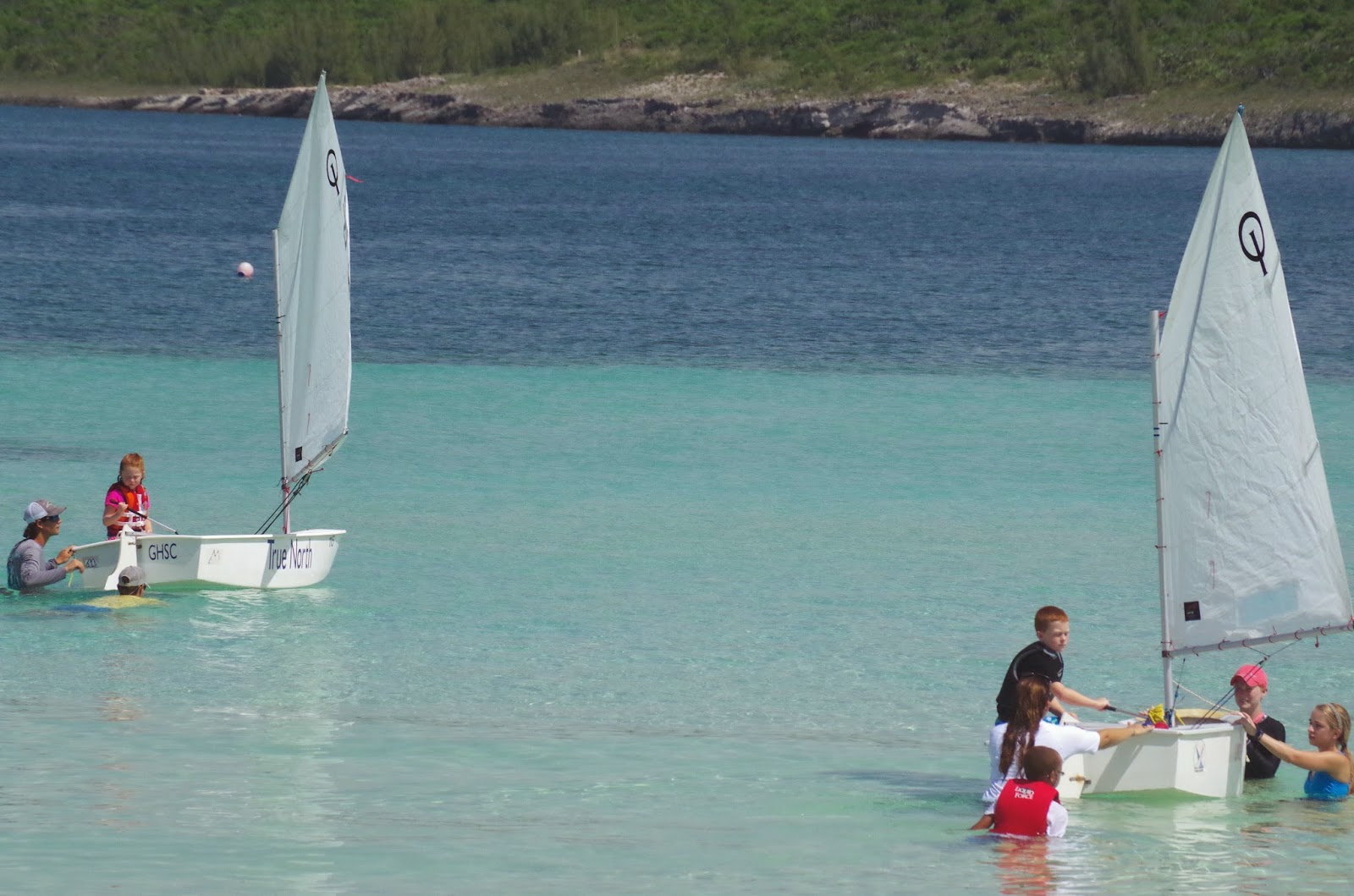 Phoebe was put in a boat all by herself, despite her having just turned 6.  She was assigned a one-on-one volunteer to teach her and stay near her as she learned her way around the Opti. 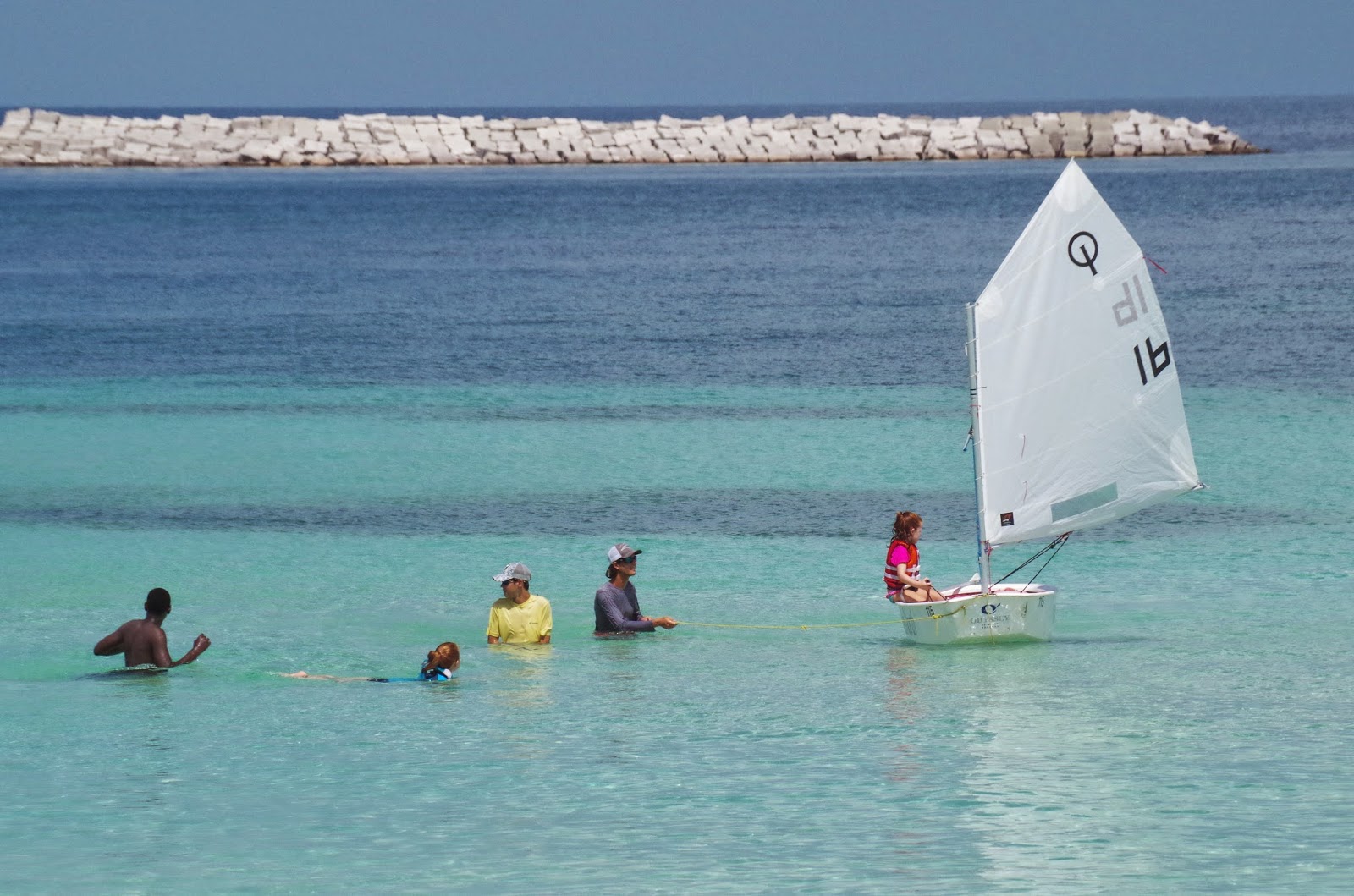 No.  I wasn't a nervous dang wreck while sitting on the beach taking photos of Phoebe as my baby, with a mere five minute sailing lesson, sped off with the wind.

Nah.  Not nervous at all.  I didn't want to yell and shout and scream and jump into the water fully clothed and swim out to save my baby from accidentally sailing away to Cuba.

She was good.  The wind was mild, the instructors nearby, and a rescue boat was patrolling the bay.  They'd get her. 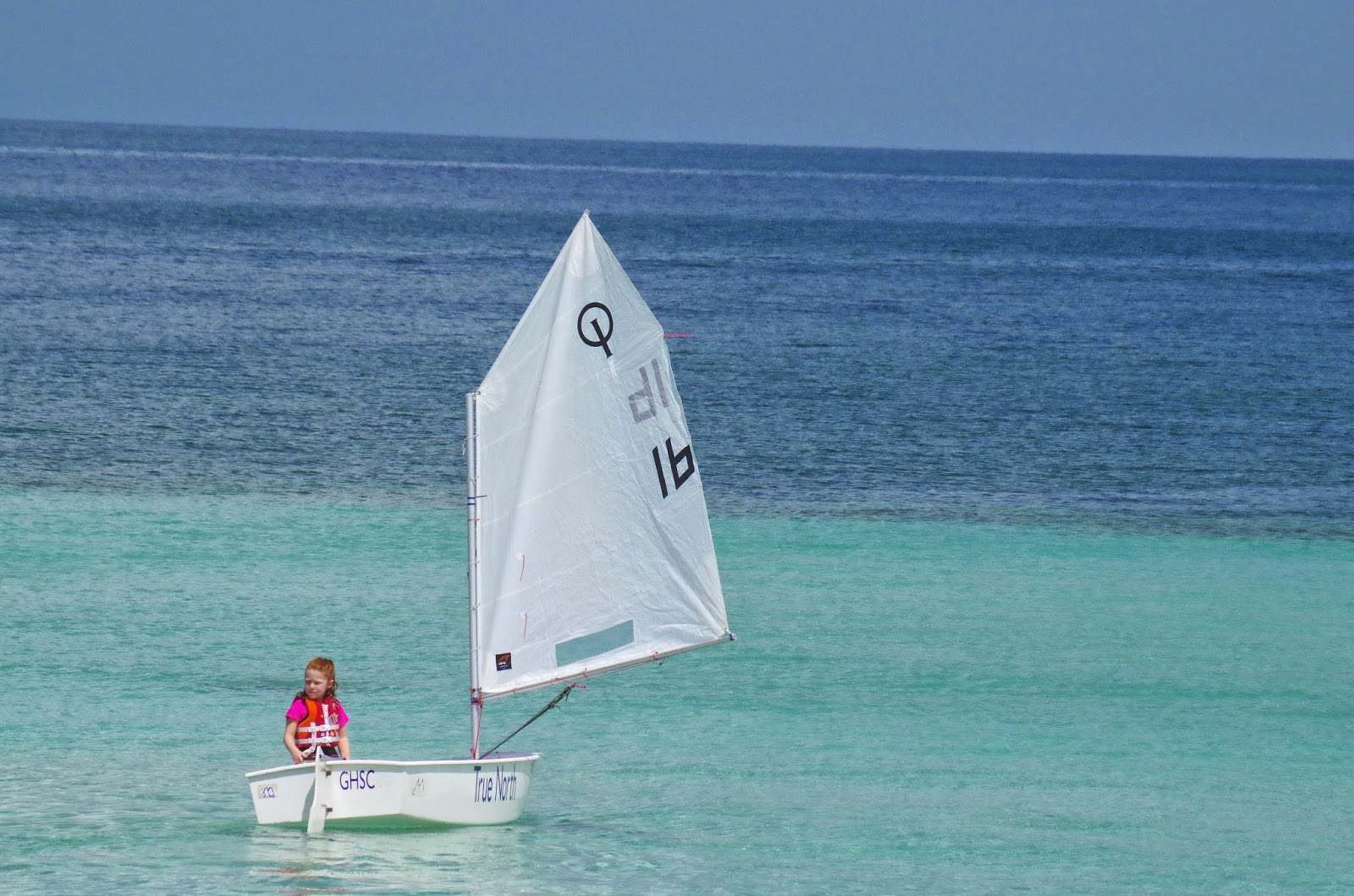 Phoebe?  Where are you going?